Skip to content
The Empty Seats in Your Home Classroom

As parents who have experienced the loss of a baby, we often think, what could have been. What would my boys have been like? What would their relationship be like with their baby brother that I have the blessing of raising?

The Safe-At-Home order put in place due to the recent pandemic is a reminder of what could have been.

My first son David was stillborn in 2007 and in 2008 my second son Ethan was stillborn due to an unrelated cause.  In 2010, I had two miscarriages. The geneticist said that it was unlikely I would ever have a healthy boy. In 2012, without planning, I was pregnant again and this time I gave birth to my miracle baby boy, RJ

When we took him home from the hospital, he wore a onesie that said, “little brother”.  My husband and I committed that RJ would always know his big brothers.  We talk about David and Ethan all the time.  When he was five he asked if I had more babies in my tummy after David and Ethan. I knew I needed to tell him the truth because he would find out one day anyway.  I told him there were two more babies that were very tiny. He asked their names and I said Sib (short for little sibling) and Bebe (a cute name for baby).  When you ask him if he has siblings, he always says he has four big brothers and names them all.

When we should have five boys at home, my husband and I are experiencing “shelter in place” with RJ, who is now seven years old.  When we do our school work together, I can’t help but think about the empty seats. The table should almost be full.  RJ sits alone, usually with my husband working with him.

Throughout this time, RJ has talked about his big brothers a few times a week.  He says things like, he wishes they were here so he could play with them.  He said he would probably share a room with Sib and Bebe because they were closer to his age.  I think he said this because he has been scared to sleep alone lately.  I recently came up with a schedule for him so he could have some direction in his playtime when I am working.  He said, “Thank you Mommy. This helps me because I don’t have my big brothers to play with.”

RJ’s playmates are me and my husband.  This is not by choice.  We wanted several children to raise.  He has some friends he talks to on FaceTime, but I know it is not the same.  I know he misses being around friends, but I think right now he misses his brothers most.  He is now at an age where he better understands what death is and the impact of not having his brothers has on him.  Through this experience, I am acknowledging his feelings, teaching him resiliency, and teaching him to be content in all circumstances. I am also letting him grieve what could have been. 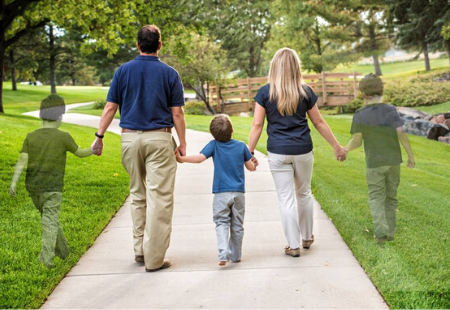 As this pandemic brings up new thoughts of “what could have been”, it is important to acknowledge how this impacts your healing journey.  For me it has been 10-12 years since my losses and it still has an impact on my healing journey as well as the journey of my youngest son.

Here are some suggestions you can do to help you during this time as you think, “what could have been.”  This is something to do for yourself and your living children.

The pandemic has stirred up a number of emotions in most people around the world.  I want to make sure that you know that it is okay if you and your living kids think about the empty seats at the home classroom table.  It is alright to think about what could have been.  Take the time to reflect, grieve, and use this as another opportunity to heal.

Donate today to help a future bereaved family receive the gift of remembrance!