It has taken me years to put the words I want to say onto paper. I would start to write a few words down, and then either I would get a tightness in my chest or a knot in my stomach. It was as if I were writing a college term paper when a serious case of writer’s block would hit, and I would sit staring at the computer screen for hours.

My entire world changed three years ago, and this is my story.

Three years ago, I married the love of my life. My husband and I always wanted kids right away. Both of us in our early thirties, having been together for two and a half years we just did not see the need to wait. We were so excited to start our family, and we were lucky enough to get pregnant relatively quickly. I learned very fast that pregnancy was not some Hallmark movie filled with cute pictures of pregnant woman glowing with their big bellies, cute maternity photoshoots, and shopping. While this may be the experience for some, it was not so for me. 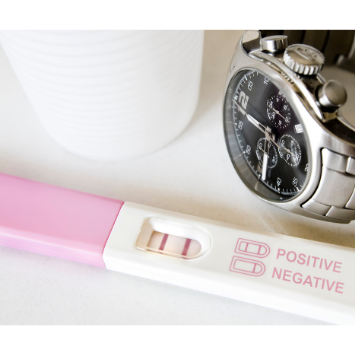 From day one when the pregnancy test read pregnant, I started throwing up. I had the worst nausea and I vomited for almost six months. Not to mention the exhaustion that comes with pregnancy coupled with raging hormones causing tears to flow at just about anything. As much as I was excited for our baby, some days I just could not get out of bed with the nausea. But I knew it would all be worth it when I would be cradling our newborn son in my arms.

After the second trimester ended, I finally started to feel like myself again. I slowly got my energy back, and the vomiting and extreme nausea had subsided. We had our baby shower, prepared the nursery, and were excited to make our house a home with a new addition to our family in just a month.

After the baby shower, a routine ultrasound appointment had been scheduled. My husband had been at every appointment up until this one, but for this appointment, my mother and mother-in-law would accompany me. They were beyond excited to hear their grandson’s heartbeat as he nestled in the womb. It was at this appointment that my life would be forever changed.

It was at this thirty-five-week ultrasound the nurse told us there was, “no heartbeat”.

These two words are forever embedded in my brain and always bring a rush of anxiety. After racing to the hospital I was originally to give birth in, I was induced to deliver. Twenty-four hours later our sweet baby boy was born sleeping. He was the most precious little sweetheart. I can honestly say that everything after that was a complete blur as I was placed on heavy doses of anxiety and sleep medications. All I remember is my husband and I holding our sweet baby the entire night, knowing we would have to leave him the next morning. Losing a child is the worst thing in the entire world that somebody could go through. Nobody should ever have to bury their baby. And that is what he was. A sweet, beautiful, innocent baby. We only got a short time with him, but he remains in our hearts forever.

Today, three years later, I am sitting on my couch with my two-year-old boy. He knows he has a big brother in heaven. He knows that when he sees a cardinal it is his big brother visiting us. He knows that his brother’s picture is framed on our living room table and he kisses the picture when he passes it. 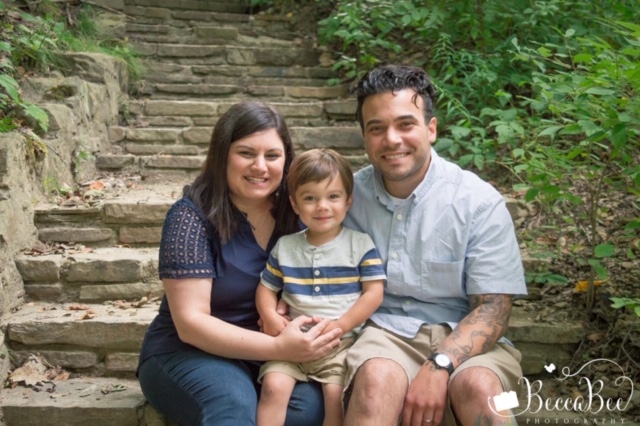 Photograph courtesy of the Iorillo family

What he will not know though is what it is like to play catch with his older brother or running through the sprinkler together on a hot day or riding their bikes together up and down the streets. He won’t have these physical memories of his brother, but he will always have his brother’s presence with him in his heart and mind. We may have only had a short time with our first baby boy, but he will forever be in our hearts.

Give the gift of remembrance to a bereaved family today