My Why – Volunteering for Cameron 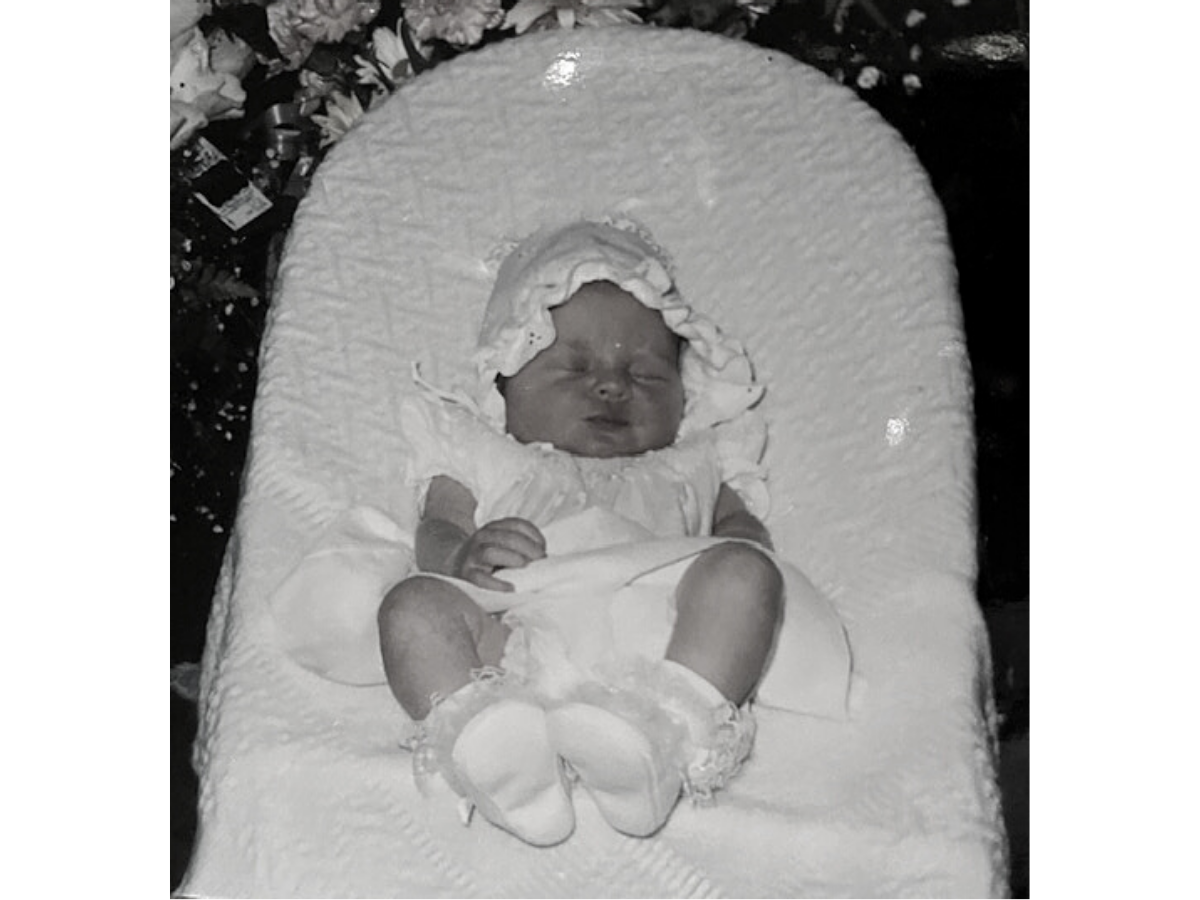 A little over 31 years have passed since my Cameron Leighann took her last tiny breath on this planet. And for 30 of those years, I pondered how to honor her memory, her brief ten days of a perfect life. She was so perfect. That’s why it didn’t make sense. I was the one that was sick. It was my fever that sent me to the ER. It was my rapid heart rate that was causing hers to be elevated as well. My fever, my heart rate caused my doctor to induce my labor, to hasten her birthday.

When my contractions became intense and unbearable in my weakened state, it was time for an epidural. I knew things were bad for me when I could not sit up for the procedure as it’s traditionally performed. The anesthesiologist kindly got me onto my side somehow. After I had found the fetal position, the epidural was placed. Labor progressed. And on August 3, 1990, Cameron Leighann made her appearance, with her mom, dad, grandmother, and delivery team there to welcome her. Forgetting my fevered state completely, we celebrated the birth of my first daughter, our son, Jordan’s, baby sister.

Although I was still terribly ill, she seemed perfectly fine. All her labs were fine. We cuddled constantly from the moment she arrived. I was hesitant to share her with even the closest family. Yes, even her dad! Being ever the photographer of the family, I ensured some photos were taken. But not near the hundreds that would have been, had I known. As an “innocent babe” of 27 myself, I never suspected there would not be many opportunities ahead. No one suspects this. This is not an experience you ever dream that one day will be your reality. I thought I had plenty of time for thousands of pictures later.

So, for those first few days, it was perfect. She was perfect, I was heading in the right direction. I had the baby girl I had desired from the deepest depths of my soul. I was discharged soon thereafter. But on the side of caution, Cameron’s doctors decided it best for her to get another round of antibiotics. But, we both headed home together that following day. Everything was perfect. 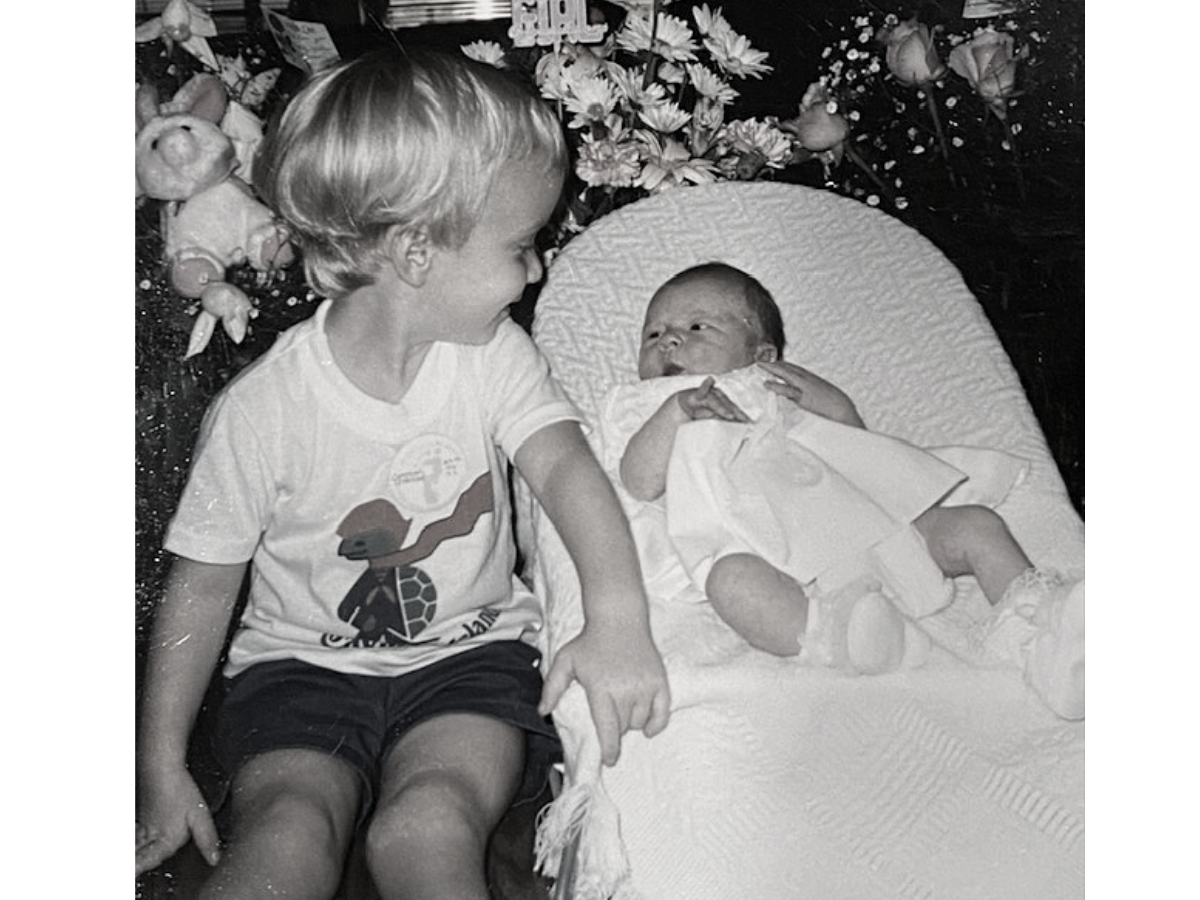 Even her big brother was in love with her and even being as kind as a toddler could be to this “intruder”. But then, my perfect, dimpled chin baby girl spiked a fever. Following a panicked call to her pediatrician, we rushed to the children’s hospital in downtown Jacksonville, Florida. Her age and her temperature earned an admit. Although a very scary situation, these young parents never expected they would be leaving through these same doors, just a few days later, with empty arms, empty hearts, empty souls, empty car seat. Just fu@king empty.

This possibility never entered my mind. Especially since the night before, she was once again pronounced “fine”. Her fever had receded. They all said she’d be going home in the morning. When I awoke next to her early that next morning, it wasn’t the steady, easy breath of innocence I observed, but something completely different. Something was wrong. Something was terribly wrong. My baby was struggling to breathe. My baby was blue. My baby was dying.

But this simply could not be. My baby was beyond fine. She was PERFECT. She was going home. “Noooooo!” I screamed, I think. “Help, my baby!” Immediately, the room was a sea of green scrubs. Then, the wave of green carried her out of the room. Away from me. And I was alone. I was empty. Her dad was at home with her brother. So I waited, alone. It was likely only minutes, but oh-how they dragged. She was going to be fine. I was going to be fine. It’s impossible to think otherwise.

Then the doctor and the nurse finally came back into her room. But not with her. I knew something was terribly wrong. Cameron was gone. They were unable to resuscitate her. The chaplain came. Once again, I screamed. Seeing his face confirmed the unimaginable. Her dad arrived. I was holding her by then. I could not squeeze her tightly enough. She still looked so unexplainably perfect. He sang “Amazing Grace”. And we placed her on her bed and whispered our goodbyes. Then, as if in a fog, we walked out those same doors we had come through just days before. But this time, empty.

Around thirty years have elapsed. The pain has softened around the edges with the passage of time. The next year, Marleigh Brianne entered our world. This rainbow baby helped heal our souls more than we could have ever imagined.

Photograph courtesy of the Shivery family: “Rainbow baby and bonus son that complete the picture”

It wasn’t until I became a Medical Affiliate with Now I Lay Me Down To Sleep that I began to glimpse a purpose for this senseless loss in my life.

During the early days of the Covid pandemic, Now I Lay Me Down To Sleep offered online certification. I had been an OB Technologist for about a decade and during this time had the occasion to photograph sweet, “sleeping” babies for their grief-stricken families. Now I Lay Me Down To Sleep’s online training was excellent. Their professional tips on photography and advice on handling these unique photoshoots helped me begin to provide images worthy of this precious soul. These families deserve the best.

Since becoming a NILMDTS Medical Affiliate, I have had the honor of capturing these images about a half dozen times. I begin each session with a conversation with the family expressing that I have “traveled a similar path”. We share a common bond. In Cameron’s brief ten days, I was only able to snap so many photos {on real film even!) and I’m forever grateful for those. Also, my brother’s friend took some of her services. But if I had only known of an organization like NILMDTS, I would have so many more priceless images. Since we don’t get “do-overs”, every time I am privileged to photograph a baby, I honor Cameron. She gives me the purpose and the strength to provide this essential service.