Our board of directors bring a diverse set of skills and experiences and provide governance to NILMDTS. 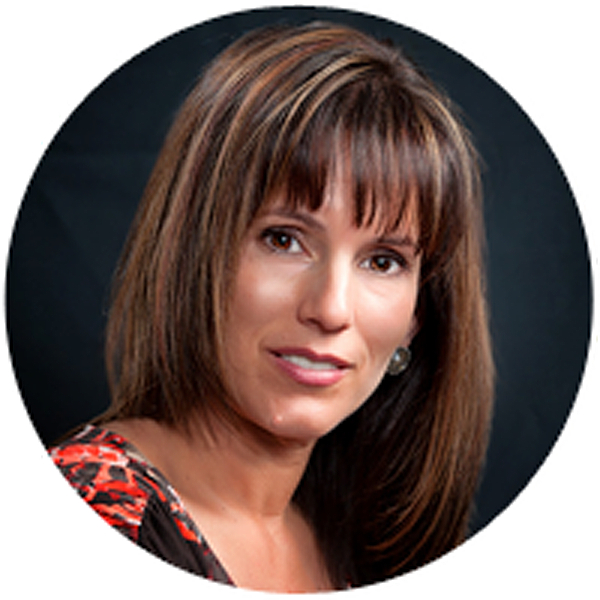 Cheryl Haggard is the founding parent of Now I Lay Me Down to Sleep. She is a stay at home wife to Michael and the mother of Chase, Anna, Natalie and baby Maddux. NILMDTS was formed after the birth of her fourth child Maddux Achilles Haggard, who was born with the rare condition called Myotubular Myopathy. Cheryl is extremely active in all her children’s activities. She enjoys the thrill of life, and has participated in events such as skydiving. She also knows the value of life and donated a kidney to a friend in 2007.

Cheryl enjoys photography, hiking, boating, sunny days, thunderstorms, Texas hold ‘em poker, Colorado microbreweries, her two dogs and three cats, as well as everything about Tim Tebow. She and her family currently reside in the foothills of Denver, Colorado. Cheryl believes that the pain of losing a child never gets easier, and that you just become a stronger person to carry that pain throughout your life. 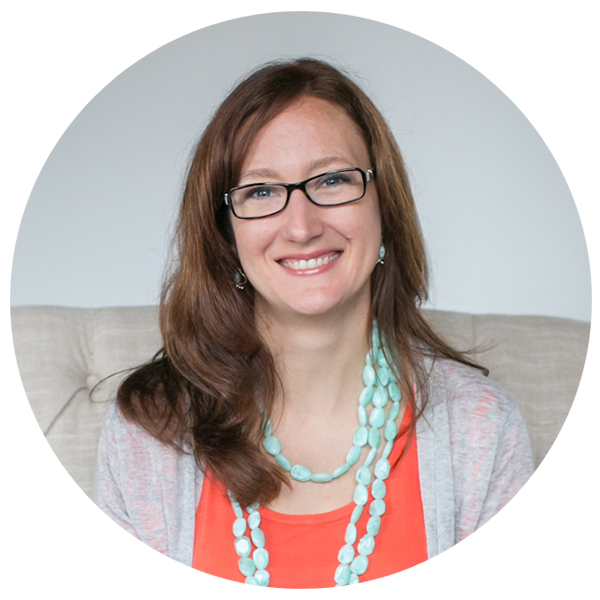 Jessica Person is co-founder and CEO of First Day Photo, Inc., an in-hospital newborn photography company that was born after the loss of the Person’s first son, Eli. Jessica and her husband know first-hand the immense and lasting value that remembrance photography has for a family. Jessica has been a NILMDTS affiliate photographer since 2006 and has a passion for training photographers to be equipped to give one of the most important gifts that can be given to a family who finds themselves facing the unimaginable.

Jessica lives in the Minneapolis area, along with her husband and six kids. Her work takes her into hospitals around the country, and she enjoys the travel and the people. When she’s not working, she enjoys time with her family, cooking all things gluten-free, reading, writing and teaching. 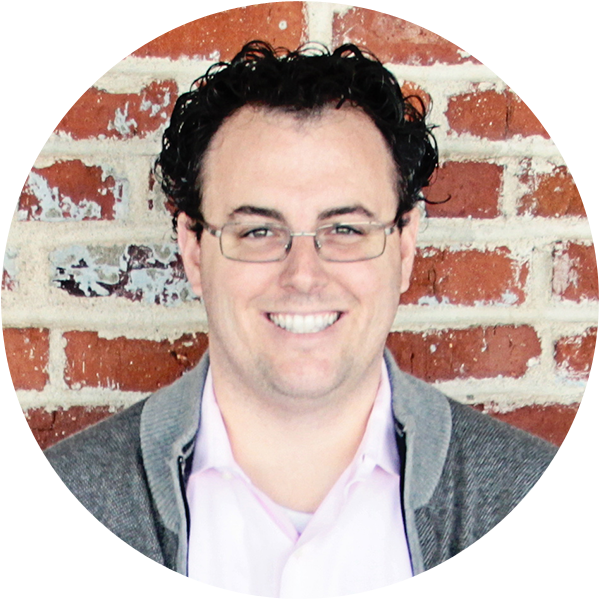 Paul Burke joined the NILMDTS Board of Directors in the Fall of 2015. He currently leads finance and business development for several early-stage businesses through his firm.

Paul’s first exposure to NILMDTS was when we shot a session for his son Anderson Taylor, lost on January 25, 2012. The pictures provided played a significant role in their grief journey, and ever since, he and his wife have been raving fans of NILMDTS.  You can watch their beautiful video in remembrance of Anderson Taylor here.

Previously, Paul’s primary role has been to serve as CEO/CFO in growth or turnaround stage companies, but has always had a passion for equipping nonprofits with the strategy and planning required to meet needs at greater scale. As a result, Paul has developed a depth of experience bringing nonprofits and companies together to advance both through social enterprise ventures.

Paul resides in Fullerton, California, with his wife and four kids, all of which are avid hockey fans. 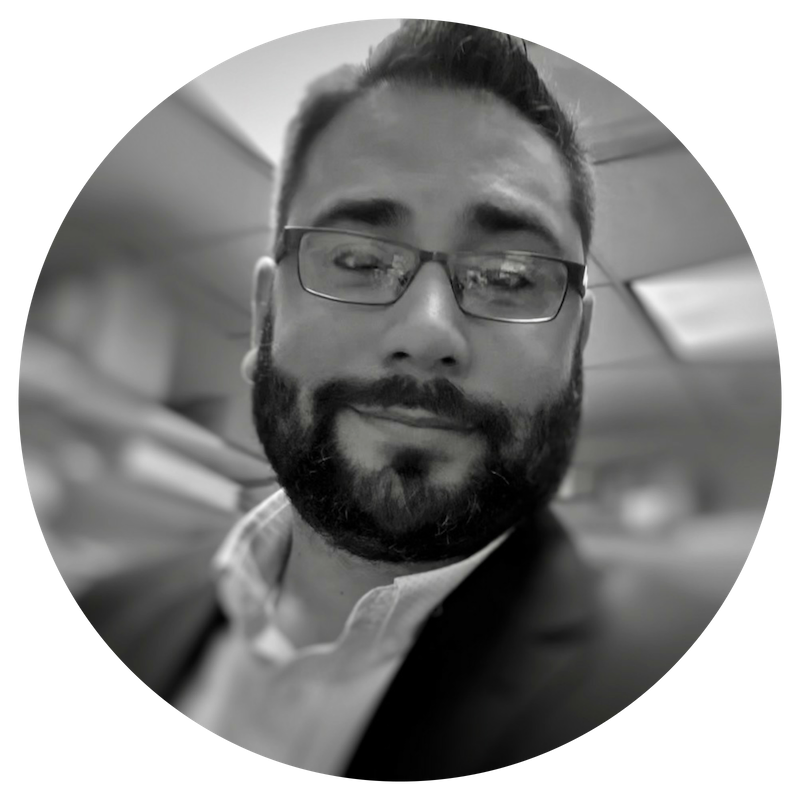 Sam Rodriguez was engaged with NILMDTS in 2008 after the passing of his and his wife Stacey’s first child, Manuel Michael Rodriguez (“Manny”). Sam and Stacey did not receive photographs of Manny through NILMDTS and he says, “…it is one of the big regrets. Every day I wish I had the quality photos of Manny that others have of their children. With Stacey not being awake for most of his wonderful life…having those memories professionally captured would have been very helpful in the healing process…”

Sam joined the NILMDTS board in 2019 and is also the COO of a large transportation company in the Twin Cities area and currently resides in the Southwest Metro area city of Savage, MN with his wife and 2 children.

Sam and Stacey are also founders of the Manny Rodriguez Patient Safety Education Fund at the Akron Children’s Hospital and Foundation in Akron, OH. Their work in the fund is dedicated to honoring the legacy of Manny by being patient and family advocates within the Medical community by providing educational workshops, lectures, and the like to doctors, nurses, medical students, and more. 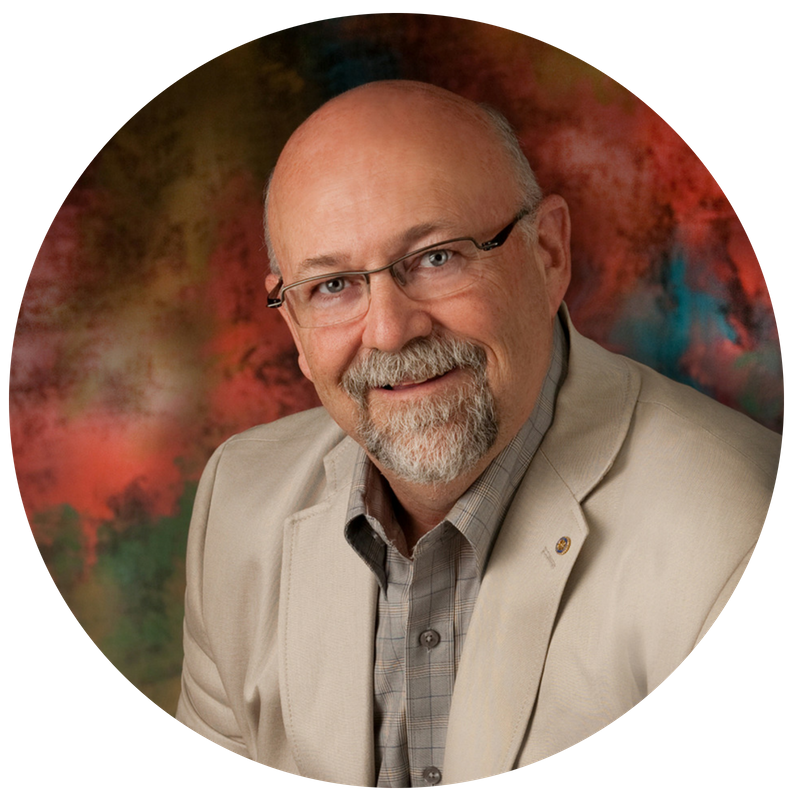 Randy Taylor, a Sapulpa, Oklahoma native and a former high school art teacher, originally began to photograph his art work as a class requirement while earning his masters degree. After serving as a yearbook instructor for several years, he started using his camera again. Soon his passion for photography grew into more than anticipated. He joined Professional Photographers of Oklahoma and continued his education as a photographer. Thanks to mentors within the profession he started a sideline photography business.

Randy’s first studio was in a garage, but within a year the word spread of his talents and he moved into an office with both a camera and sales room. Quickly it became necessary for a store front studio. For a time, Randy worked both as an art teacher and a photographer in the evenings but in 1984, teaching no longer suited his rediscovered passion, and a full-time photography studio became a reality.

Now Taylor Made Photography has become synonymous with the highest quality traditional and contemporary portraiture. Taylor Made Photography photographs seniors, brides, children, families and commercial portraits and products. The state of the art studio hosts one of the finest outdoor garden parks with numerous rock or brick arches, wooden gazebos, walls, a barn, old store front, and even a Beach house with surf boards.

Randy has received numerous professional awards over the course of his career. He has also traveled to many places to photograph, such as the Western USA, Alaska, Europe and South America, and photographed such events as the Iditarod dog sled race on several occasions. The art in nature photography is what “feeds his soul.”

Randy and his wife Leann have been married since 1975, and they have two sons, Cris and Travis. They have two daughters-in-law and they were blessed with a 8 grandchildren.

What Randy likes about Edmond is the diversity of photographic opportunities and the many interesting people with a wide range of experiences. 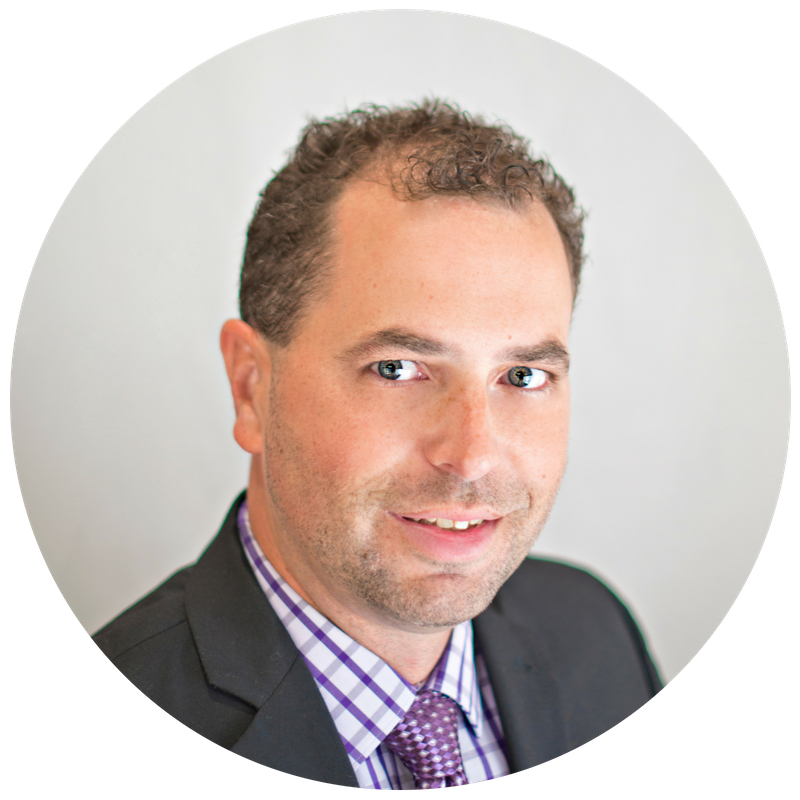 Matthew Hanson was touched by Now I Lay Me Down to Sleep when a volunteer photographer provided remembrance photographs of his daughter, Olivia on August 22, 2012.  Matthew says, “The pictures we received have been priceless and we look at them as a family many times a year.”

Matthew is the Director of Technology for Salon Innovations and is a part of the board of Hopkins Fastpitch Softball.  Additionally, he is a Life Advocate for Upworks which mentors and coaches adults coming out of addiction to get back in the workforce.

He resides in Minnetonka, Minnesota with his wife and their three daughters: Cecilia, Caroline and Ruby.  During the Summer you will find them on the lake water skiing and wake boarding.  He also loves coaching his girls basketball, soccer, and softball teams. 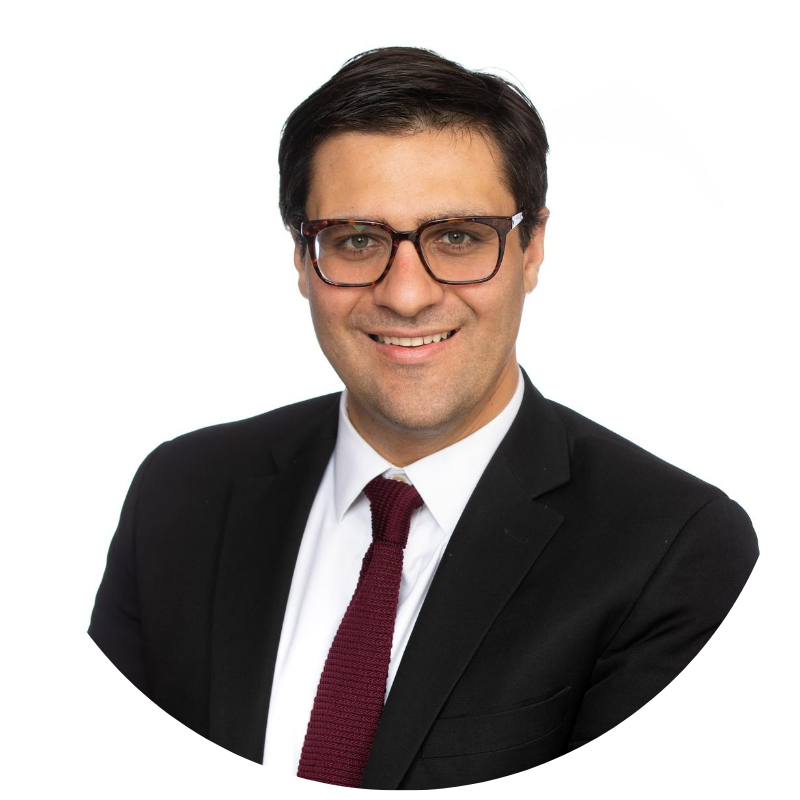 Nick and his wife Emily became involved with NILMDTS in 2018 upon the passing of their first son, Sarkes Robertson Tootalian. They were fortunate to have a NILMDTS photographer at the hospital, helping create lasting and cherished memories of their time with Sarkes.

Nick joined the NILMDTS Board of Directors in 2019. He is an attorney practicing primarily Family Law and Criminal Defense. Nick is Managing Attorney for Modern Family Law’s Denver office.

Nick and Emily live in Denver with Sarkes’ younger brothers, Elias and Ezra. When he isn’t working or spending time with his family, Nick spends time as an amateur photographer and comic book collector. 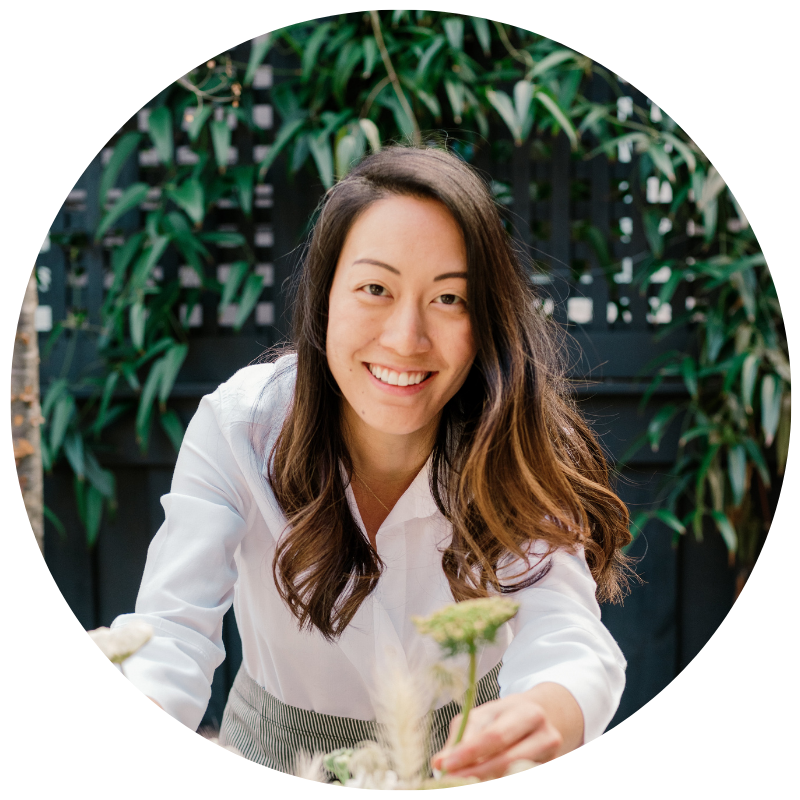 Rachel Penn is the Owner and Creative Director of Lillian’s Floral Studio, a bespoke florist and event designer based in Nashville, Tennessee. A business she has built in honor and memory of her daughter, Lillian Grace Penn, who was born premature on June 6th, 2020 and passed away a few short hours after her birth.

NILMDTS provided Rachel and her husband, Allen, ‘a gift we never knew we wanted or needed, one that we forever cherish because it captures the most visceral memory of our daughter gone too soon”. Since losing Lillian, Rachel has found herself drawn to raising funds, building awareness and growing public support for the loss and infertility community.

Prior to her work in floristry and design, Rachel spent 10+ years living and working overseas in Hong Kong and Singapore as a Sales and Client Executive for major technology companies like LinkedIn and Google. She and her husband are both avid travelers who spent 16 months as full time travelers, visiting all 7 continents and 44 countries from November 2019 to February 2020. She is originally from Nashville, Tennessee and a proud alumnus of Miami University of Ohio. 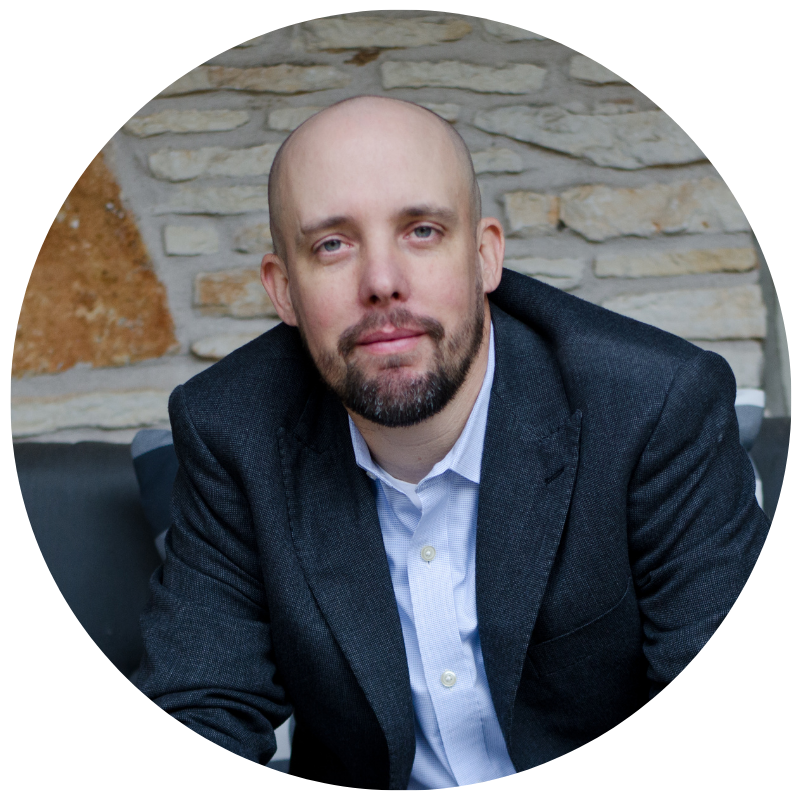 Brett Nabors joined the NILMDS Board of Directors in the summer of 2021. He is an IT Advisory Services Partner at Weaver & Tidwell, based in Austin, TX, providing advisory and assurance services to companies to address cybersecurity, IT operations, and other IT related risks.

Brett and his wife, Angie, were blessed to have the support of NILMDTS in June 2010 when they were faced with the loss of their daughter, Kaylin Isabelle. NILMDTS provided a new perspective of the phrase “a picture is worth a thousand words”; as the pictures of Kaylin are both priceless and a gift is forever treasured.

Brett lives in Austin, TX with his wife and two sons, Cade and Rowe. He is a member of Texas A&M Internal Audit Advisory Board and served on other boards related to his beloved Aggies and profession. In honor of his daughter, he enjoys spending time with his family on the Colorado River, appropriately named “Kaylin’s Cliffside Retreat”.

Brett has previously held positions as a lecturer for the University of Texas at Austin, Director at PricewaterhouseCoopers, and Senior Manager at SunPower. He earned a Bachelor of Business Administration in information and operations management from Texas A&M University. 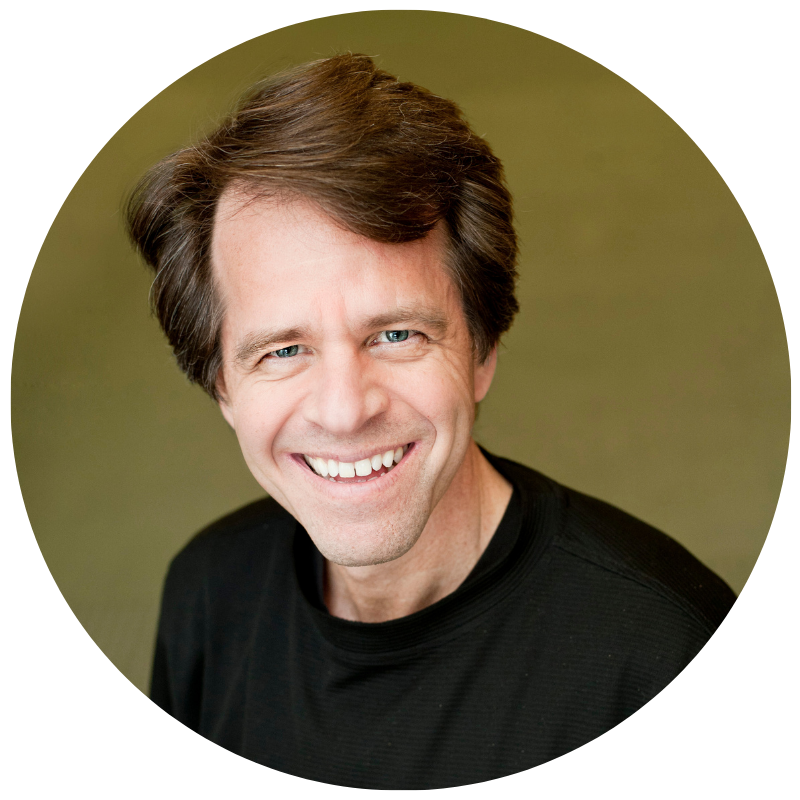 Dave McCalley joined the NILMDS Board of Directors in the spring of 2015. He is currently the CEO of N-Vu, an H&H Color Lab company that provides in-person sales sessions, proofing galleries and mobile apps for professional photographers.

Dave has extensive strategic planning and leadership experience in both the nonprofit and for profit sectors. Previously, he was an executive at American Century Investments and served as an officer and/or board member for USA Track & Field, Missouri Valley Association, Oak Hill Day School, and several ministries.