The NILMDTS leaders listed on this page are all volunteers and have accepted an additional level of responsibility for the operations of NILMDTS. We would like to sincerely thank them for their dedication to our mission. 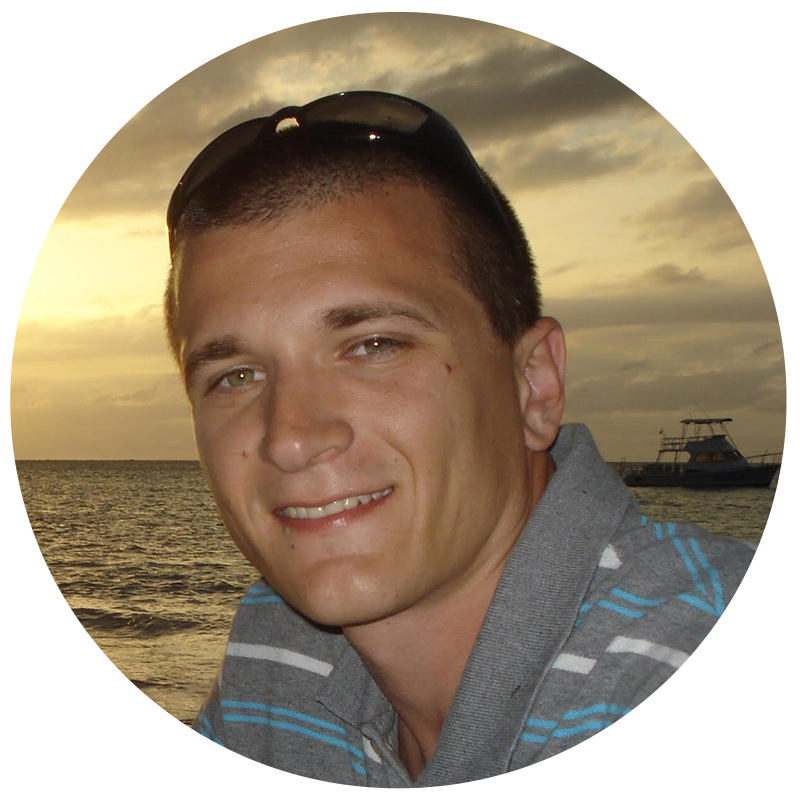 Ben and his wife, Lisa, two girls (Grace and Lily), along with their Jack Russel terrier (Rex) live in Port Saint Lucie, FL where his day job is keeping the city water safely within government specifications.   Both girls are into gymnastics, and the whole family, including Rex, loves the outdoors.  Ben is also associated with Madison’s Miracles, an organization in Florida which raises funds for cuddle cots to be donated to hospitals.  He and Lisa have raised the funds to donate a cuddle cot in their son’s name to their local hospital through Madison’s Miracles.

On September 19th, 2010 Ben and his wife had to say goodbye to their beautiful boy, Jacob. They have photos of their son that they will treasure forever thanks to Now I Lay Me Down to Sleep. When he joined NILMDTS in 2018 he was the only photographer in his area, so he built up a relationship with his local hospitals and has provided numerous sessions so far.  His wish is that every family suffering a loss will be met with compassion and offered every resource possible to support them and that all volunteers are well supported as they make this possible. 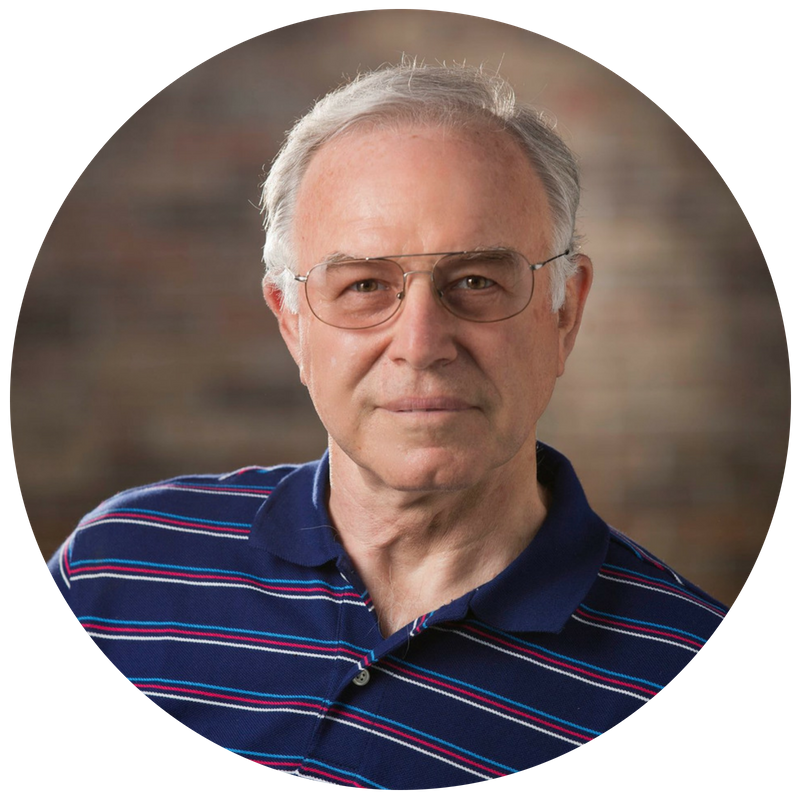 A Texas native, growing up mostly in the south, Burt Rich is enjoying his retirement in south central Tennessee where they have lived since 1984.  After college, his careers have been in Christian FM Radio broadcasting, teaching avionics in college, an executive in avionics manufacturing, and concluding his career as an executive in automotive electronics manufacturing with Chrysler and Siemens.  He has served over 25 years as a worship leader in various churches in Ohio, Kansas, Tennessee and Alabama and is also a private pilot and an Advanced Class Amateur Radio operator.  Burt and his wife, Norma, have seven children and eighteen grandchildren.

Burt has been involved in photography most of his life, learning in his early years from his father who shot both sheet and roll film, and also doing his own developing and printing.  Shortly after retirement, Burt and Norma lost their oldest grandson, T.J., to cancer.  A few months after T.J.’s battle ended, Burt joined NILMDTS in 2011 to honor T.J.’s memory.  He initially served NILMDTS as an Assistant and currently serves as a  Photographer, Area Coordinator, and Volunteer Coordinator. 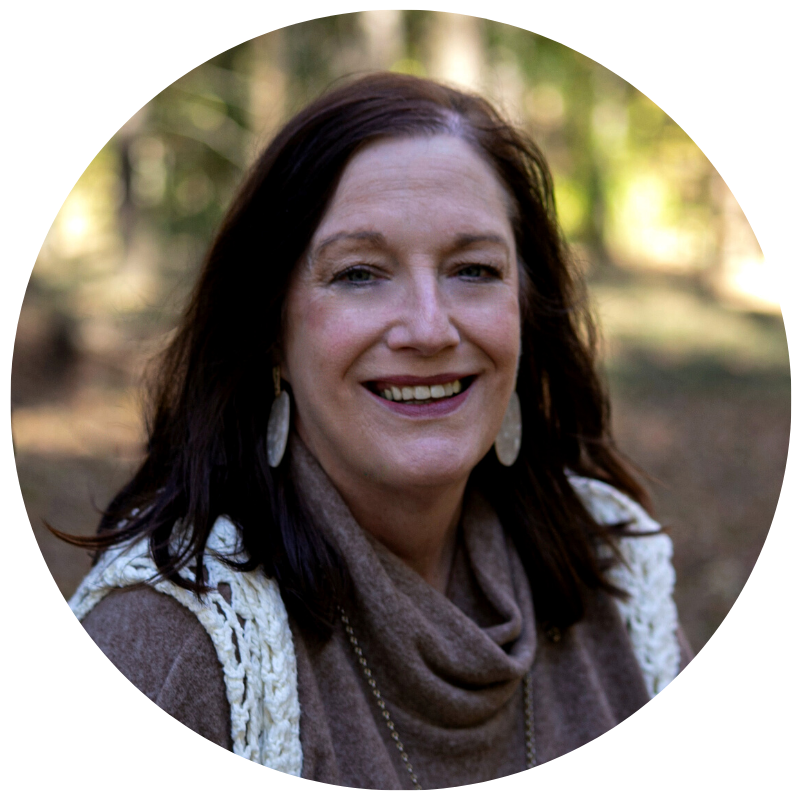 Rhonda has been an affiliated photographer for NILMDTS since 2009. Her father was an avid amateur photographer and was a huge influence on her photography passion. She says that being a part of NILMDTS allows her to use her love of photography in a way to serve others and to share her talent. In addition to her photography business, Rhonda enjoys knitting and traveling with her family. 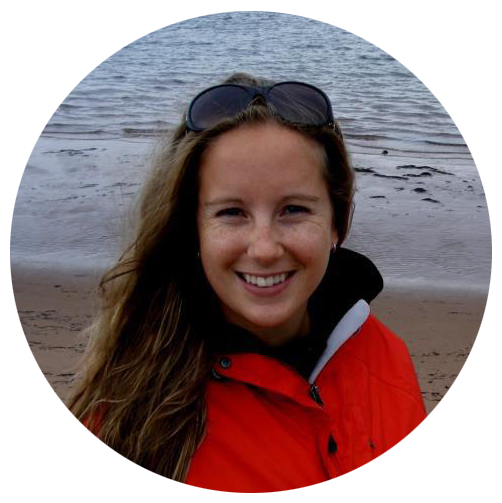 After seeing how much these images meant to a very close friend, Sally was excited to join NILMDTS in January 2019. Living in a small town in a rural area of New Brunswick, Canada, she is excited to take on the task of helping the area grow. Since joining, she has trained to be an Affiliated Photographer, Dispatcher, Digital Retouch Artist, and Area Coordinator prior to her role of Volunteer Coordinator. As a social worker, photography business owner, and full time stay-at-home mom to two small boys, this organization is the perfect fit for the kind of work her heart wants to do. Known locally for offering free sessions for families battling terminal illness, she understands the significance of capturing and preserving memories of loved ones at the most important of times. 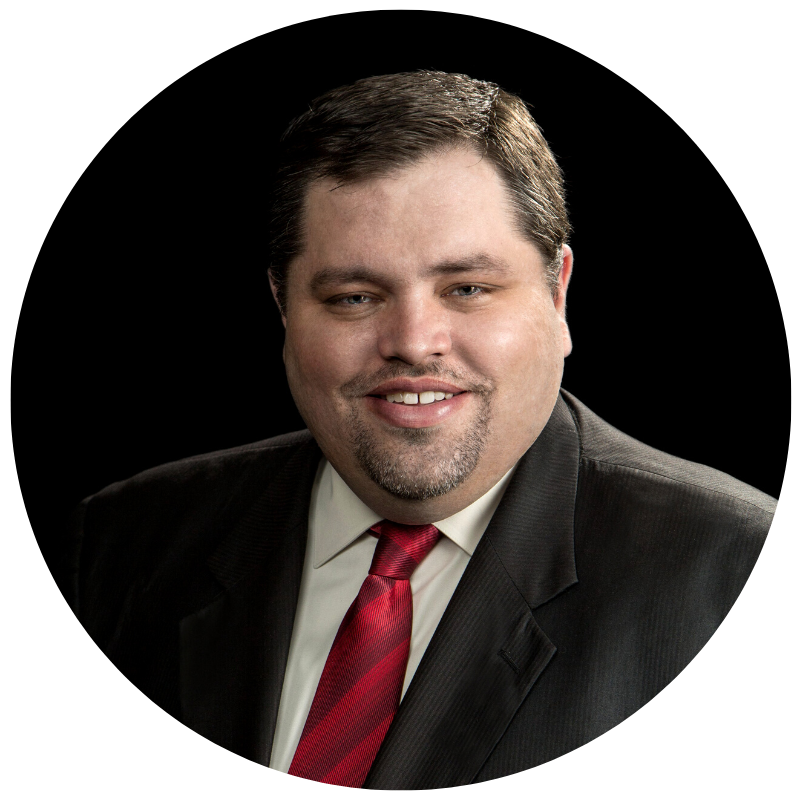 After being introduced to the organization through the tireless volunteer efforts of his father-in-law, Craig has been a part of NILMDTS since 2021 and cherishes each opportunity to serve as Assistant to Photographer, Dispatcher, Digital Retouch Artist, and now also Dispatch Coordinator. He has a passion for serving others through his NILMDTS roles as well as in his professional work as a funeral director, embalmer, and cremationist.  He is the former Coroner of Huntsville, Alabama, and resides there with his wife, Laura, his son, Jake, and their two professional grief therapy dogs, Roy & Dale. 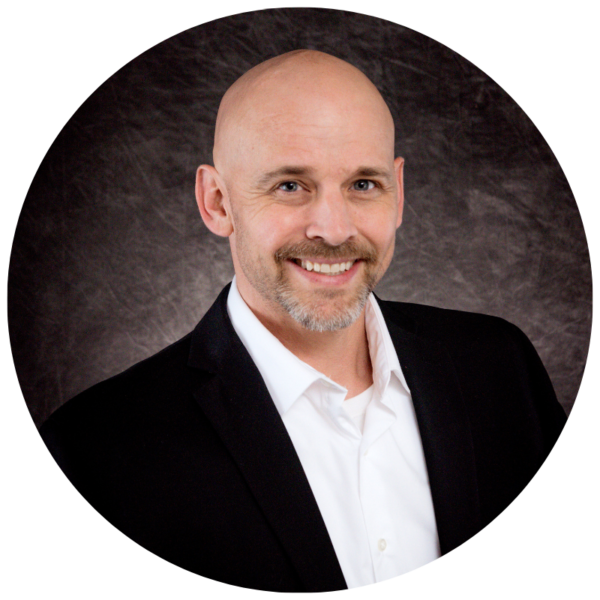 Casey began volunteering with NILMDTS as an Affiliated Photographer in 2017. The loss of a family friend’s child emphasized the importance of “a mark” left by those who leave us far too early. After serving as a volunteer photographer, heartache and the great need of IT resources drove him to serve NILMDTS in an IT-related capacity.

In his full time work, Casey serves as a Cloud Architect for a major hotel chain. His golden hours are frequently consumed with photography, shooting with his wife Amber for their small photography business Wise Capture. Fun is had playing with their three (quickly getting less small) children and two 4-legged furry children. Casey can regularly be found tossing frisbees, watching movies, skating, swimming, downhill skiing, singing, visiting/hosting family in and around their home in Canton, Ohio.

He continues to help NILMDTS with infrastructure, development and business process automation and is a trusted and much appreciated consultant for all technology needs. 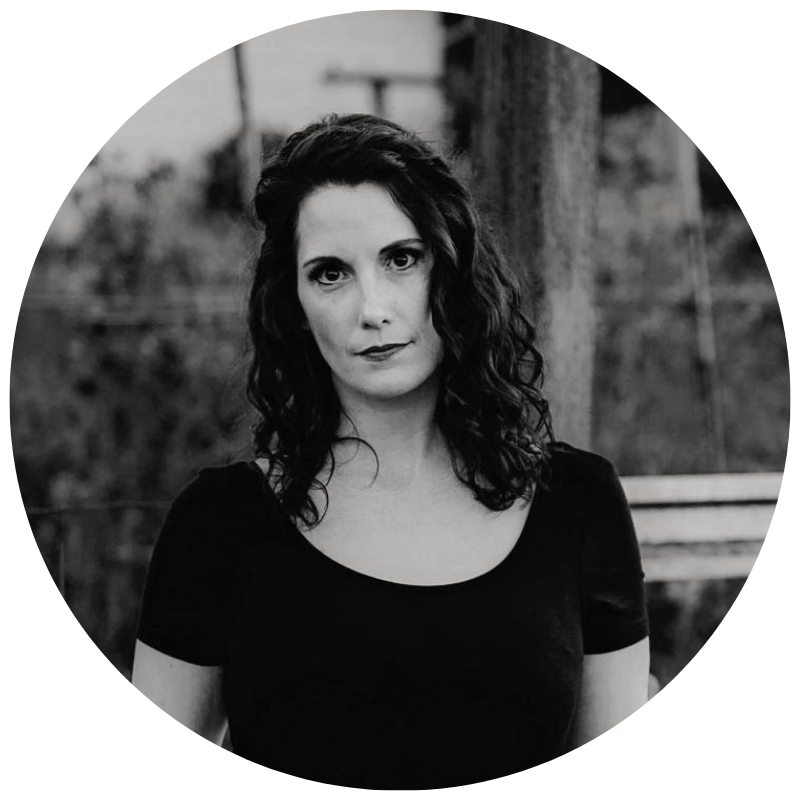 Brienne joined the NILMDTS family as an Affiliated Photographer in 2018. Since then, she has expanded her roles to include Digital Retouch Artist and Remote Dispatch for the Colorado area. As a DRA Coordinator, Brienne looks forward to supporting volunteers and improving the service that NILMDTS offers. Brienne’s volunteer work is dedicated to Baby Jack Williamson and Baby Sistene Noel del Villar.

In addition to her NILMDTS work, Brienne is a newborn and family photographer in Vancouver, WA. She also teaches piano to young learners, enjoys adventuring in the Pacific Northwest, and is a mother to three young men, one cat, and a bird (who very much enjoys adventuring with her). 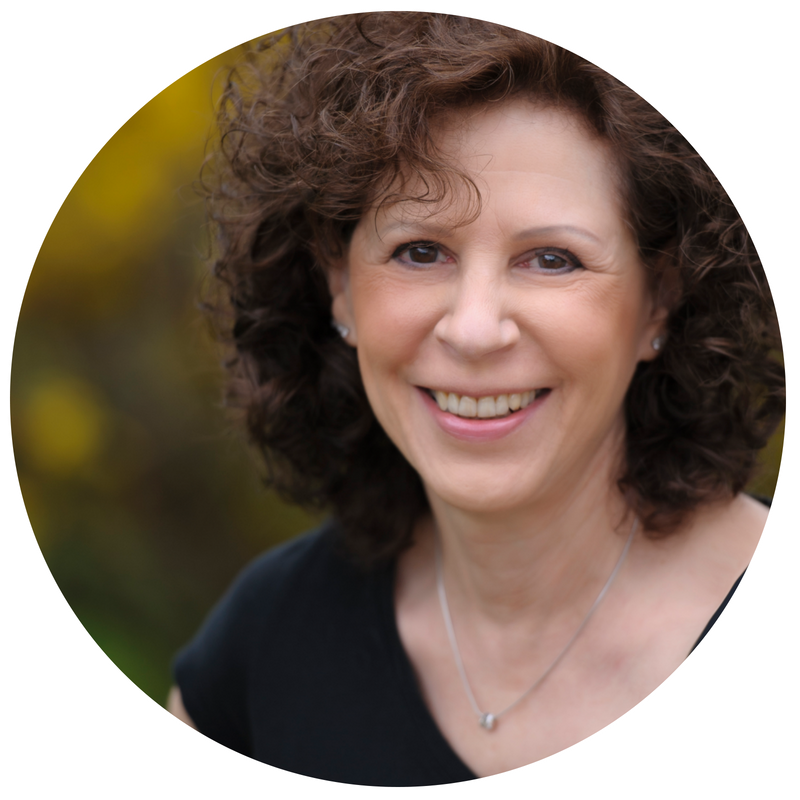 Marti joined Now I Lay Me Down to Sleep in 2008 as an Affiliated Photographer, and several years later also added the Digital Retouch Artist role to her membership.

“Gifting parents the images of their babies that can’t go home is such an honor!” says Marti. Marti says that knowing several families have had fundraisers for NILMDTS or donated cuddle cots to the hospital that cared for them, keeps her mindful of how important these images truly are.

Marti currently resides in Chagrin Falls, OH with her husband and 5 small dogs. 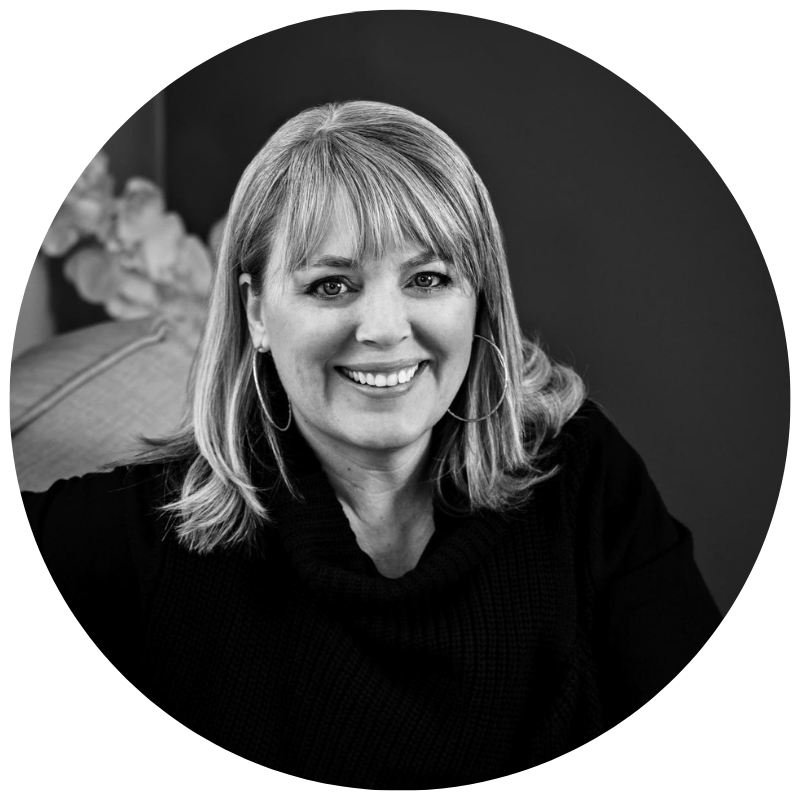 Shonda Feather was first introduced to NILMDTS at Imaging in 2015. With other commitments, it wasn’t the right time to join but when Imaging 2019 came around, she was ready! She joined as an Affiliated Photographer, a natural fit as she was already a birth and newborn photographer. In early 2021, she added Digital Retouch Artist (DRA) and Remote Dispatcher to her list of volunteer roles.

In September 2021, with her previous experience of managing volunteers in another organization, NILMDTS asked her to join Volunteer Leadership as a DRA Coordinator. She is excited to help grow and manage the DRA program along with her friend, Brienne Morris.

Shonda lives in Vancouver, Washington with her dog, Rainey. 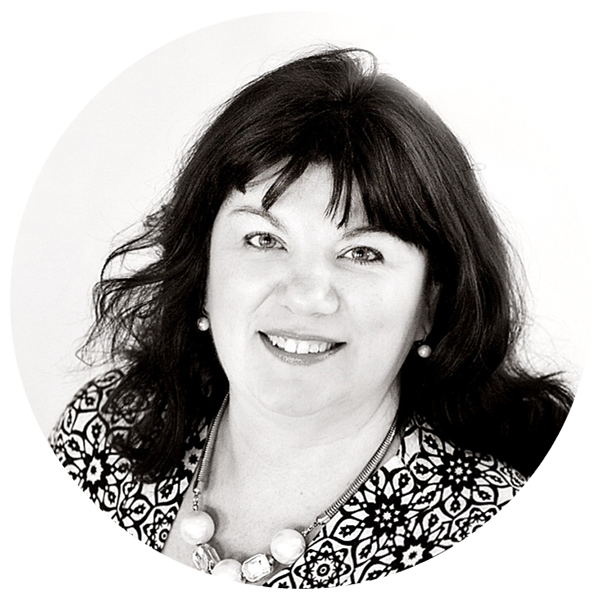 Lisa is married to Michael and together they raise their two children.

She has vast experience in administration, sales, marketing, human resources and legal matters.

Lisa became aware of NILMDTS in 2013 following the birth of her nephew who was diagnosed with a life limiting condition. She knew that she wanted to become involved in the organisation and was delighted to help officially launch the service in Ireland in January 2015. 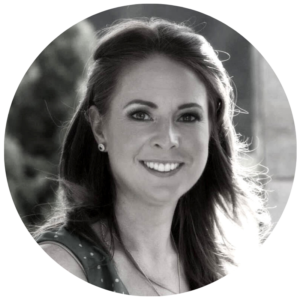 Louise Brooks joined NILMDTS in 2010 as a volunteer photographer. Over the years her role evolved to include dispatcher, digital retouch artist, parent/hospital liaison & country co ordinator. In 2015, NILMDTS officially launched their service in Ireland & the following year saw the HSE in Ireland publish ‘The National Standards for Bereavement Care following Pregnancy Loss and Perinatal Death’. These standards recognized the importance for families of making memories, with NILMDTS Ireland named as providing professional photography services to families. These standards have an oversight group which meets regularly & NILMDTS Ireland attends – ensuring that we are always striving to provide the best service we can to families.

Louise lives on the West of Ireland with husband & two daughters. 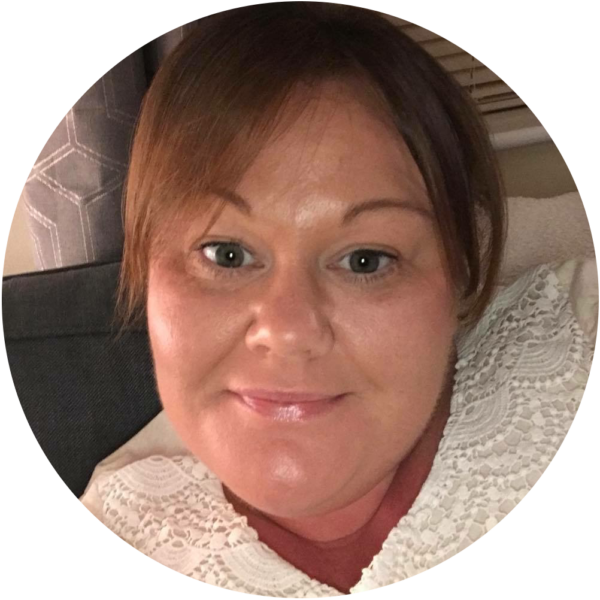 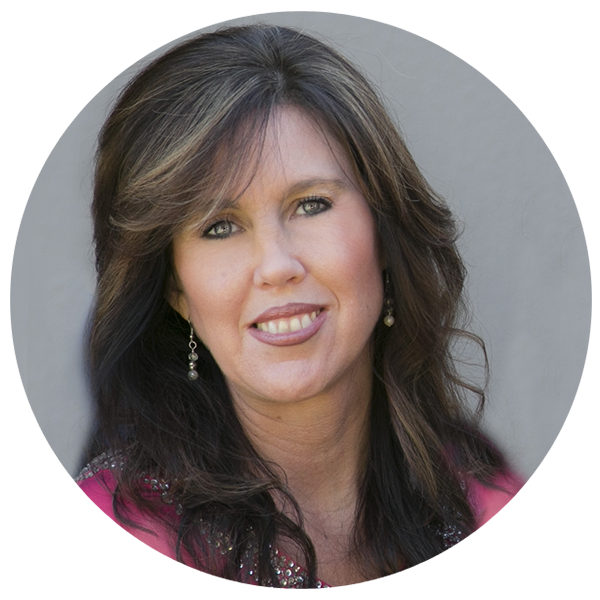 Born as a premie and oxygen deprived infant,  Kristina was not supposed to live and the doctors had no explanation for her survival against all odds. She is now convinced that her purpose for surviving is to give to those families who’s babies were not as fortunate as she was and gift them memories of their precious little one. Living in South Africa with her family as American missionaries, Kristina received her Masters in Portrait Art in 2007 and joined NILMDTS as an photographer in 2011.  Thru her contacts in missions, she  has been able to introduce and gift NILMDTS to South Africa area hospitals and clinics over the years and is now excited to work with her extended team of country wide volunteers in implementing these services all across the country.

Kristina is the country coordinator for South Africa.

Search for your local Area Coordinator and photographers >