Now I Lay Me Down to Sleep is operated by a dedicated, compassionate, and skilled staff that guide our large team of volunteers in the community. 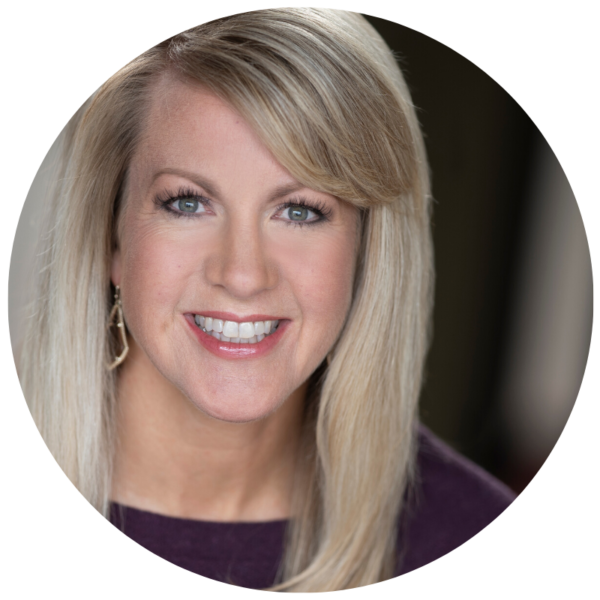 Gina has been the CEO at NILMDTS since October 2011. Gina has worked in the nonprofit sector her entire career and has personally been touched by the services of NILMDTS.

In 2007, Gina and her husband went to a routine prenatal visit for their first baby and learned that their unborn son had a rare condition called Potter’s Syndrome, which is not compatible with life. As they carried their baby to term, they learned about NILMDTS and requested a photographer to capture images of their son David on October 25, 2007.

Not even a year later, the Harris’ lost their second son, Ethan from another, unrelated fetal condition called hydrops and cystic hygromas. Because his condition was so severe and the shock they were in, the couple did not get pictures of him. Gina says it has left an empty hole in her heart. She understands from firsthand experience the significance NILMDTS images have on the healing journey.

After losing David and Ethan, the Harris’ lost two more babies through miscarraiage.  They were told by doctors that they could not have a healthy boy. Shortly after Gina joined NILMDTS as the CEO, she became pregnant again and in 2012 delivered her rainbow baby – a healthy boy named RJ.

Gina is a sought after national speaker in the fields of relationship education, bereavement, and positive youth development. Gina is a contributing author in the books, “Unshakable Character” and “The Burning Heart of a Difference Maker.” Her story (listed under her maiden name Gina Waegele) is featured in the book, “Sister Freaks,” edited by Rebecca St. James. She has been featured in major media including CNN, The LA Times, The Washington Post, Extra, NBC, People Magazine, all the major Denver media, as well as dozens of local newspapers and radio shows.

Gina has a Master’s of Science in Nonprofit Management from Regis University.  She graduated from Colorado State University with a bachelor of arts in television news and video communications and has worked as a reporter and anchor for a CBS affiliate. Gina is a five-time state championship cheerleading coach and choreographer and was the 2008 John Lynch Foundation Coach of the Year.  She has been married to her husband Rob since 2004.  Rob, Gina, and their rainbow baby RJ along with their dog Lily reside in Colorado. She enjoys working out, running, hiking and playing board games. 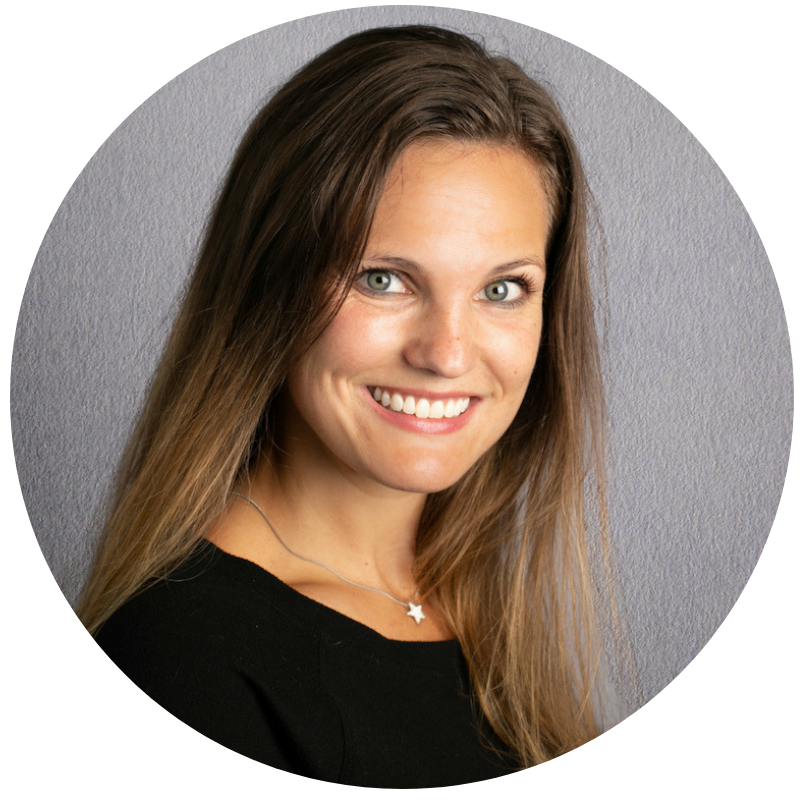 Ali came to know Now I Lay Me Down to Sleep when her first baby, Zachary, was stillborn in 2011. She began volunteering as a Community Volunteer in 2013 assisting with recruitment and in 2015, she became the Seattle Area Coordinator. After a year of great administrative and logistical advancement for her local team, she joined the ranks of west coast Regional Coordinator in 2016. To help drive consistency and connectivity within the organization, she continued as a Volunteer Coordinator until she joined the staff as Volunteer Care Specialist in 2018. She now manages the volunteer program as our Volunteer Program Manager.

During her time at NILMDTS and her own personal experience receiving photos, she realized the importance of images and found a deep desire to take up photography. After months of leaning fundamentals of professional photography, in 2017 Ali started her photography business, Life Under the Stars Photography, named for her son, and also became a Seattle area Volunteer Photographer and Digital Retouch Artist.

Ali enjoys honoring her son’s memory by helping others experiencing loss and showing them there is hope after such a significant and devastating loss. She first found her own version of hope by welcoming her daughter, Vivian, at the end of 2012 and has since welcomed a healthy baby boy, Conner, in 2014 and second daughter, Claire, in 2016. Besides her roles within NILMDTS she previously served as the President of Parent Support of Puget Sound, a Seattle area non-profit supporting families experiencing miscarriage, pregnancy loss, stillbirth and infant death. 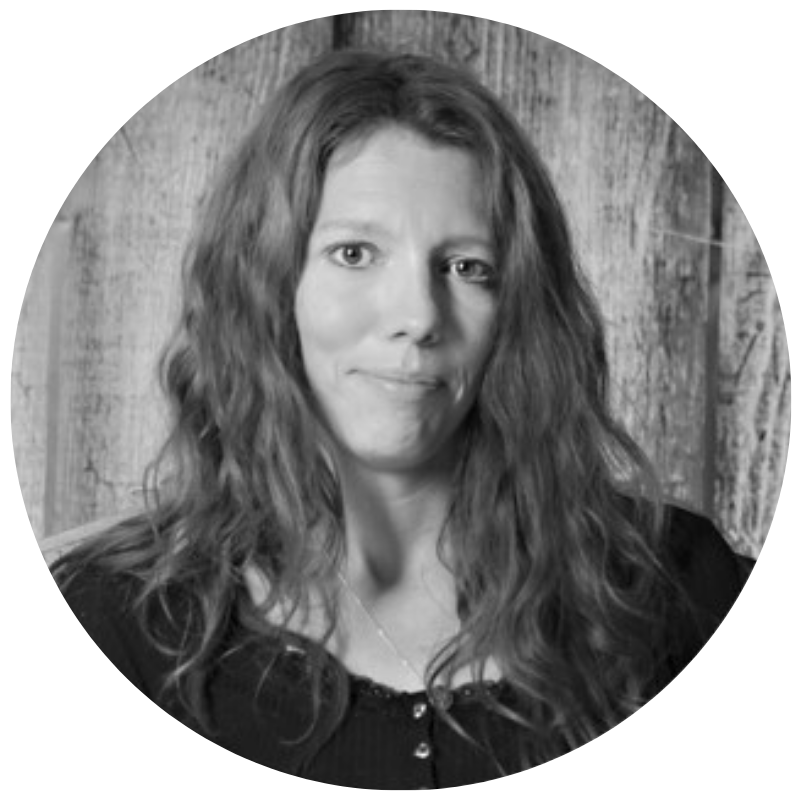 Jess has been a part of NILMDTS since 2019. During this time she has served as an Affiliated Photographer, Digital Retouch Artist, Area Coordinator, Volunteer Coordinator, and now Regional Coordinator. She lives in East Tennessee, with her husband, their two children, and a small zoo of pets. When she isn’t behind a camera she’s usually baking something with way too much butter, listening to 90’s music, or hanging out in a hammock. Jess says that her work with NILMDTS is a small way of putting some good out into the world, and ensuring every parent knows that their child will always be remembered. 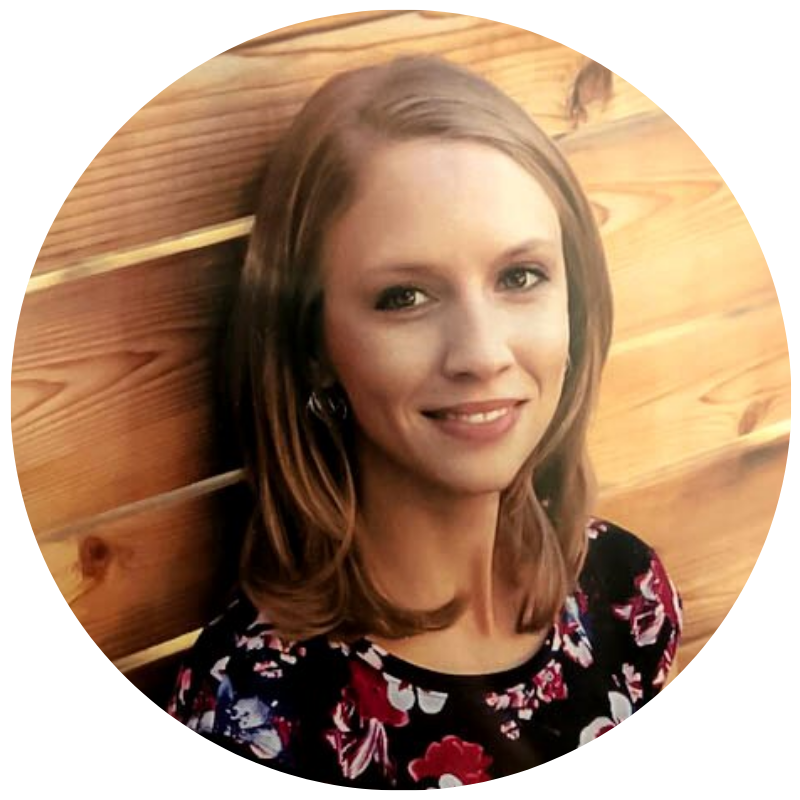 Kashia first became involved in NILMDTS in 2020 when she became interested in their volunteer opportunities. She has been with the organization since 2021. NILMDTS has fulfilled the desire that Kashia has had to help other people, as this has been a big part of her life since she was a Montessori teacher for many years.

Kashia has an AAS degree in Medical Office along with a Montessori teaching certificate. Kashia is a native of Colorado and with her free time she enjoys walking/hiking in the fantastic Colorado weather as well as reading and baking. 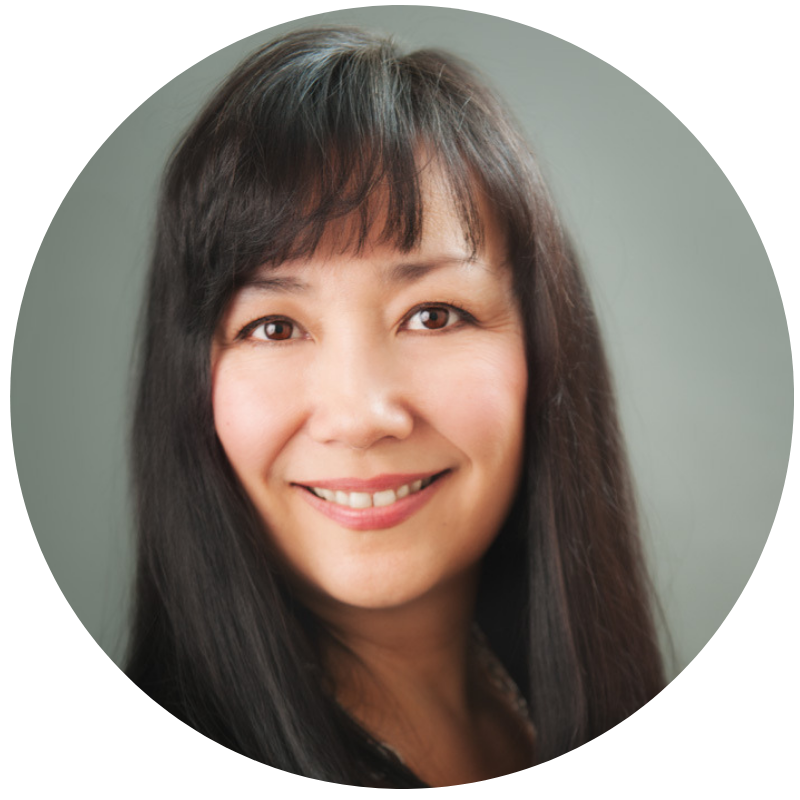 When Lisa began her photography career in 2008, she learned of NILMDTS from various photography groups and forums she was a part of. After hearing so many good things, she decided she wanted to become a part of this amazing organization some day. That day came in 2014 when she proudly joined the ranks as Affiliated Photographer, and a few years later became a Digital Retouch Artist. Now she is also the Retouching Services and Session Specialist for NILMDTS and is honored to be aligned with an organization dedicated to giving back. She and her family are actively involved in their church and she volunteers some of her spare time at a local youth community cafe.

Lisa and her husband Todd live in Vermont and have 6 children and a son in law. Elyse, who is married to Will, Alex, Jonathan, Anna, Erika, and Mark, and a few fur babies, too. 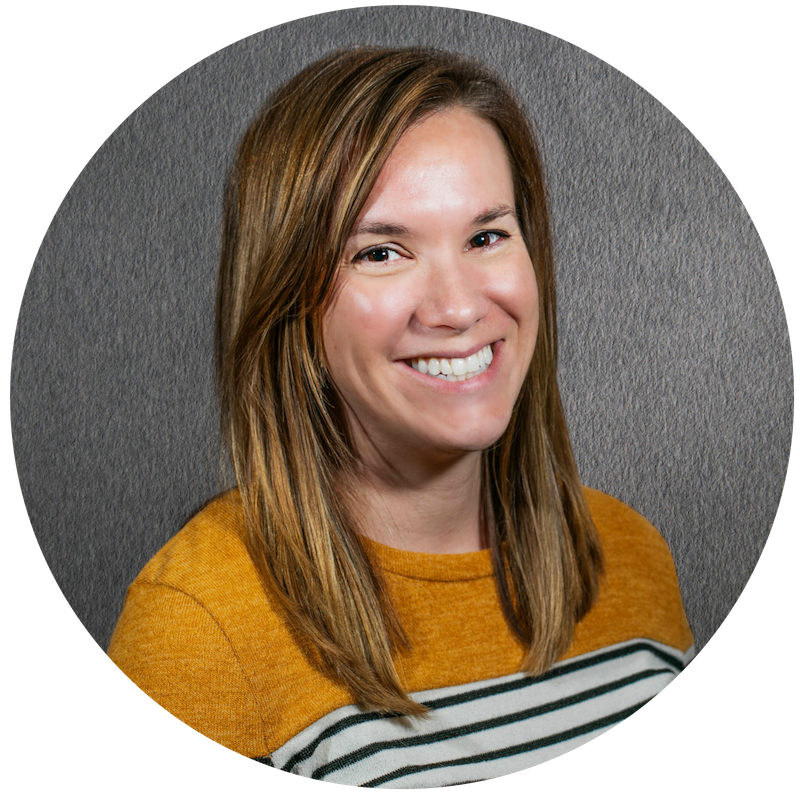 Determined to find purposeful work after the loss of her first child, daughter Sadie Rose, Lorri joined NILMDTS in March 2018. Before joining the team, Lorri was heavily involved with the Virtual Remembrance Walk, raising funds for NILMDTS and organizing a Tulsa, OK walk in honor of her daughter.

Prior to her role as Marketing Manager, Lorri was the Director of Events for a regional chamber of commerce. She planned and executed over 120 events per year for regional members, including an annual Washington D.C. Fly-In. Lorri has extensive experience in the field of marketing and communications, as well as sponsorship generation and fulfillment.

A native Oklahoman, Lorri has a BA in Journalism-Advertising from The University of Central Oklahoma. Lorri is married to her high school sweetheart, Stephen and together they welcomed their second daughter in December 2017 and third daughter in November 2019. In her free time, Lorri enjoys traveling to new places, gardening and attempting Pinterest crafts and recipes. 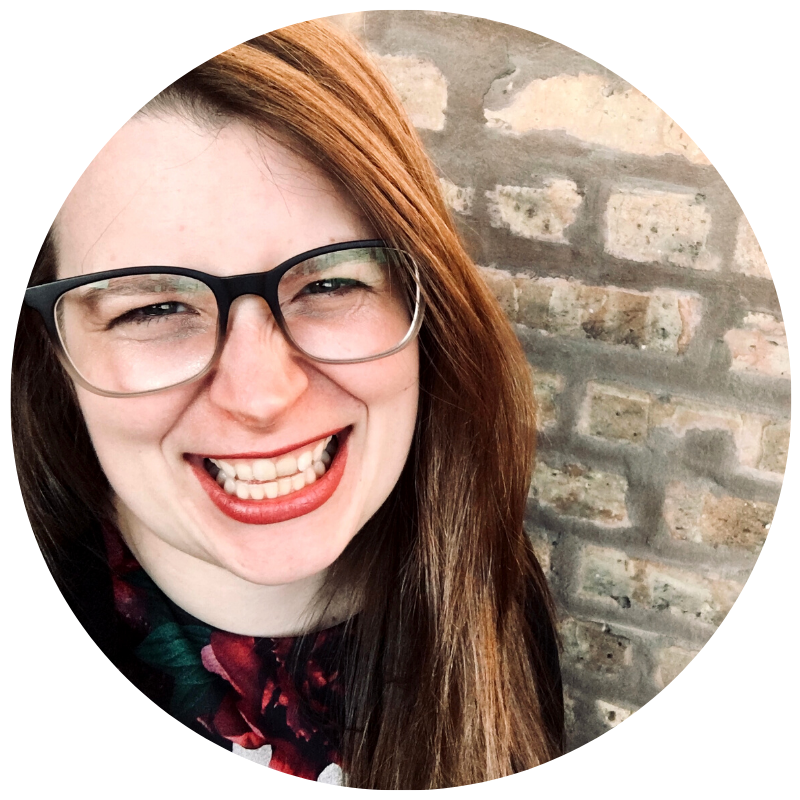 Mackenzie first learned of NILMDTS in 2019 while serving as a chaplain intern at a Level 1 Trauma Center in Omaha, Nebraska. She went on to complete a chaplain residency at Rush University Medical Center in Chicago, where she primarily provided spiritual and emotional support to families on the Mother-Baby, Labor and Delivery, and Neonatal Intensive Care Units. During this time Mackenzie was honored to walk with numerous families experiencing miscarriage and infant loss. Mackenzie was deeply moved by the love these families have for their infants and found great significance in being a companion in their grief. She joined the NILMDTS team in 2022 and is excited to continue using her skills to support bereaved families.

Mackenzie has a Bachelor of Science in Business from Montana State University in Bozeman, as well as dual Master of Divinity and Master of Nonprofit Administration degrees from North Park Theological Seminary in Chicago. Originally from Wenatchee, Washington, Mackenzie currently lives in a diverse neighborhood on Chicago’s northwest side. When not at NILMDTS, Mackenzie can be found curled up with a mug of tea and a good book, or out exploring the many museums and activities Chicago has to offer. 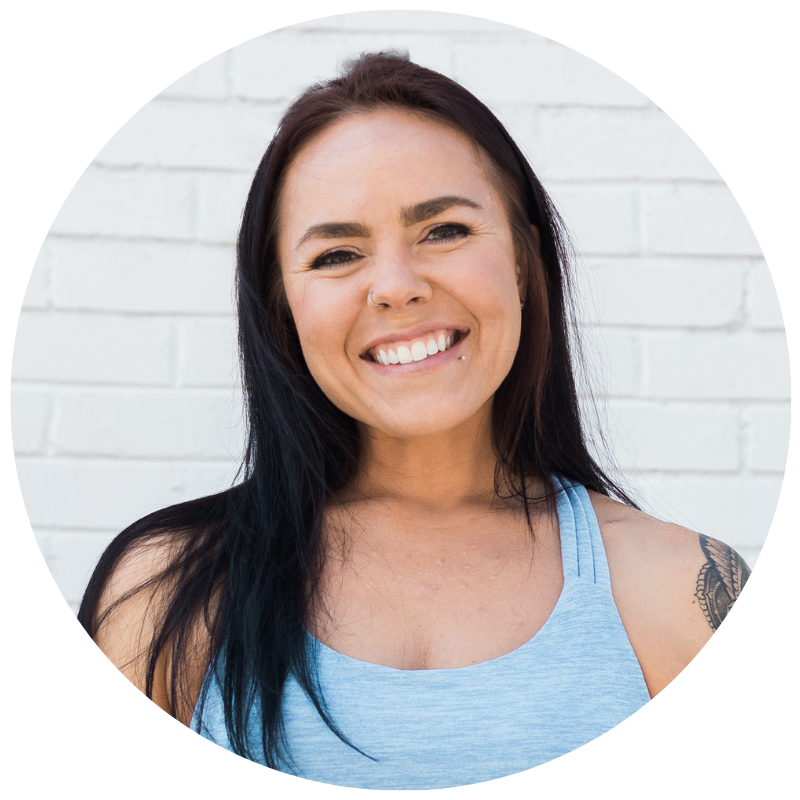 Mandy has been involved with various non-profit organizations by serving and an internship. Although her career took her to the fitness industry for the previous eight years, she has always had a heart for non-profits and ministry. Mandy learned about NILMDTS around 2011 from the current NILMDTS CEO, Gina Harris. She is excited to have joined our staff in May 2022.

Mandy resides in Centennial, Colorado, with her husband and their beautiful, big-headed dog. She enjoys spending time with loved ones, getting up to the mountains, traveling, music, food, movies, and binging shows with her husband. Although Mandy is no longer a Sports Performance coach, you can still find her enjoying her free time in the gym. She loves the mission of NILMDTS and is humbled to be able to play a small role in the organization’s significance to all of the families impacted. 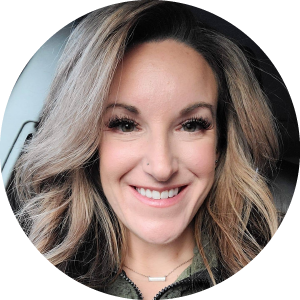 Melanie has been actively involved in NILMDTS since 2018. She first learned of the work that NILMDTS does following the death of her first son, Bennett Ian in 2010. Photography services weren’t something offered to her in the hospital, but she knew this was a way she wanted to give back in honor of Bennett some day. Fast forward to the birth of her second son, Lachlan, in 2018 and the time felt right to become a volunteer and give back. Melanie has held multiple volunteer roles such as Dispatcher, Assistant to Photographer, Area Coordinator and maintains her volunteer work as a Volunteer Photographer to this day. Melanie comes from an extensive background in sales and sales management and enjoys helping others learn about NILMDTS and encouraging them to find their place as a volunteer.
Melanie has traveled and lived across the world, but calls the Seattle suburbs home with her son, Lachlan and husband, Alan. In her free time, you can find Melanie and her family doing something outdoors, checking out the latest foodie spots, or catching a flight to their next adventure. Melanie enjoys photography, giving back to her local community, and working on projects on her MCM inspired home. 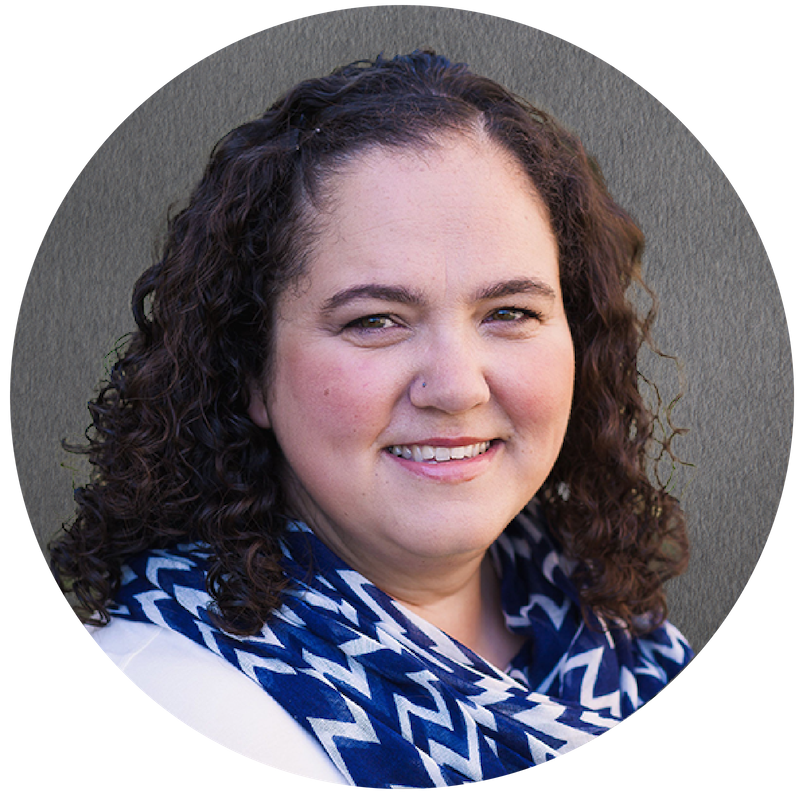 Missy has been actively involved with NILMDTS since 2015. During this time, she has served as a Dispatcher, Assistant to the Photographer, Digital Retouch Artist, Affiliated Photographer, Dispatch Coordinator, Medical Program Manager and now Director of Programs. Missy’s work with NILMDTS is dedicated to James, the son of very close friends of hers. James passed away unexpectedly shortly after birth in 2014 and through that experience, she came to know the incredible importance of remembrance photography.

A native West Virginian, Missy has a BA in English from West Virginia University and a MS in Accounting from Texas A&M University-Commerce. She currently lives in Omaha, NE with her husband, three kids, and three crazy dogs. In her spare time she most enjoys reading and traveling.